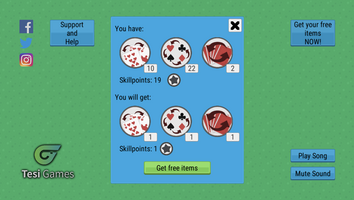 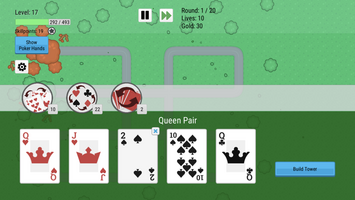 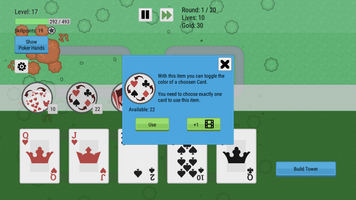 Belinda here =) In the next few days you can download an update for the Android and the iOS version!

Unfortunately there are currently problems with the Android version.  It can happen that you lose your previous score and saved data. But I'm currently working on a solution so that I can give you back your levels, skill points and cheaty items.  Additionally you will get a little extra reward for your patience! If you are interested in what kind of problem exactly there is, you are welcome to read more about it at the end of the article.

If you lost the old score, you now have Poker Tower Defense installed twice on your machine. Once the old version under "PokerTowerDefense" and once the new version under "Poker TD". In the old version your score is still there.
Send me a screenshot of your levels and cheaty items to my email (contactTesiGames@gmail.com). If you watched ads for extra cheaty items, please send me a screenshot of your statistics.

As soon as I release the next update, you will have the possibility to get your old stuff back via codes. But for this I need to know which level you had in order to send you a matching code. You'll get the codes at the end of January, when i also release Version 2.2.

Why are some scores and game data lost?

This is a more technical explanation of what happened. I have released the game with the product name "PokerTowerDefense" for Android. A few weeks later I have released it with the name "Poker TD" for iOS. When I worked on the next update I have changed the product name back to "PokerTowerDefense" for the Android update. But when I tested it on my Android device, the ads aren't working. I guess the problem is with the Ads Framework I'm using. If you are more interested in the Crash Report you can look here. When I change the product name to "Poker TD" the ads are working, but the player score ist lost, because the App uses an other path for saving the data.

I decided on two and created a work around for the lost player data. Because the product name changed, you will still have the old version. So you can send me screenshots of your old data. I am working on the next update and implement the possibility to enter codes. So you can get your experience and skill points back with the next update.

If you have any feedback for the game I'd love to hear it. Also, if you found any bugs, please tell me so I can fix them.

The combination of poker and tower defense. Can you get a royal flush?